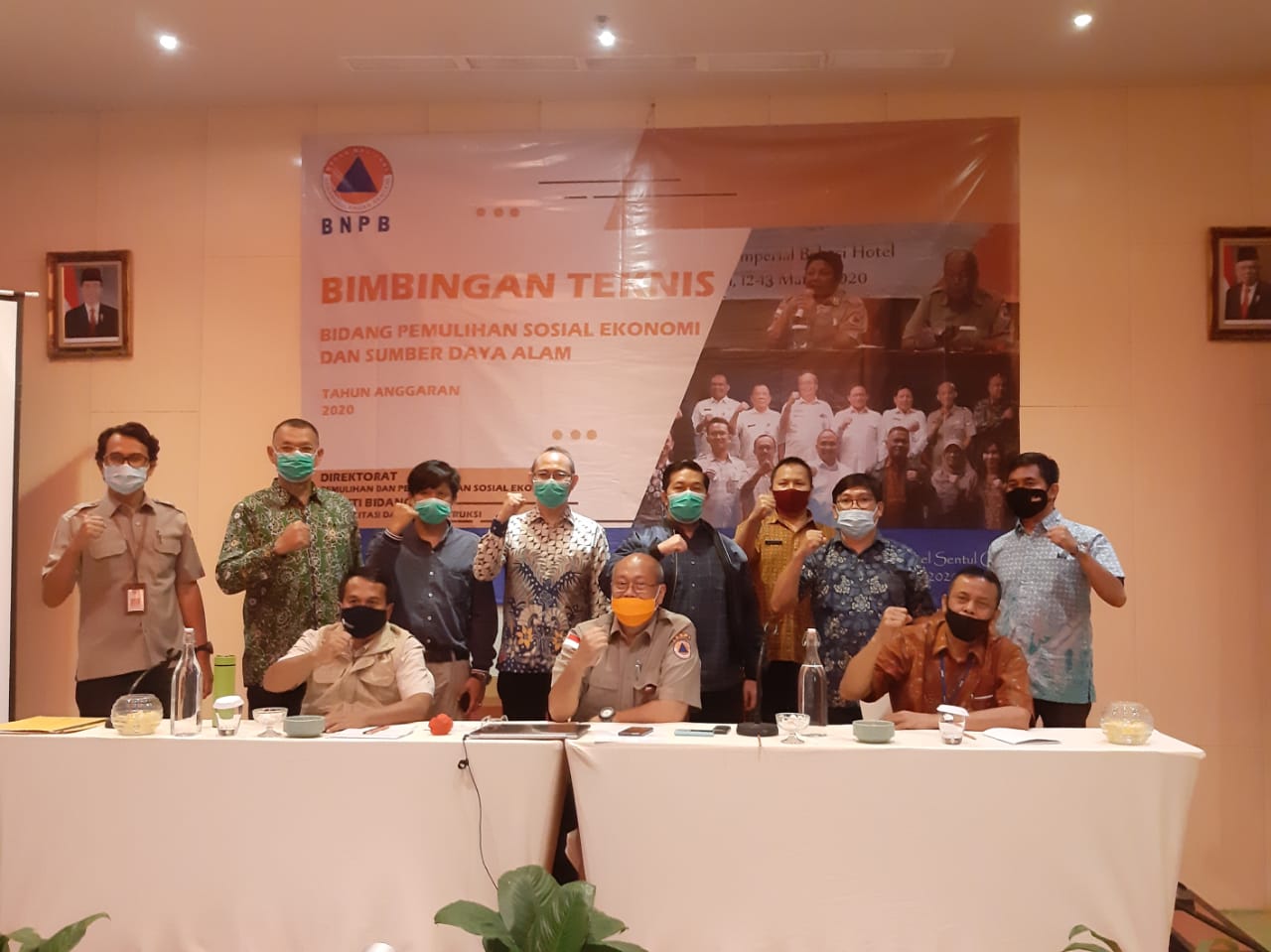 MAKASSAR – Natural disasters are a challenge for local governments and communities in disaster-prone areas. In addition to mitigation, another effort that needs to be done is post-disaster reconstruction and rehabilitation. Efforts to rehabilitate and reconstruct disaster-affected communities, however, have focused more on physical and infrastructure. In fact, the effect of the disaster is experienced to disruption the economic activities and social institutions of the native that was no longer working effectively as before the disaster. For this reason, the National Disaster Management Agency (BNPB) provides socio-economic and natural resource assistance to communities who have been exposed to disasters. Since 2019, The Directorate of Recovery and Improvement of Socio-Economic and Natural Resources, Deputy for Rehabilitation and Reconstruction of BNPB has collaborated with many of universities in Indonesia to provide post-disaster socio-economic guidance and natural resource assistance to disaster-affected communities. Currently, BNPB has collaborated with Hasanuddin University, Bogor Agriculture Institute, Tadulako University, Mataram University, Lampung State University, Tirtayasa University, and Jendral Soedirman University. 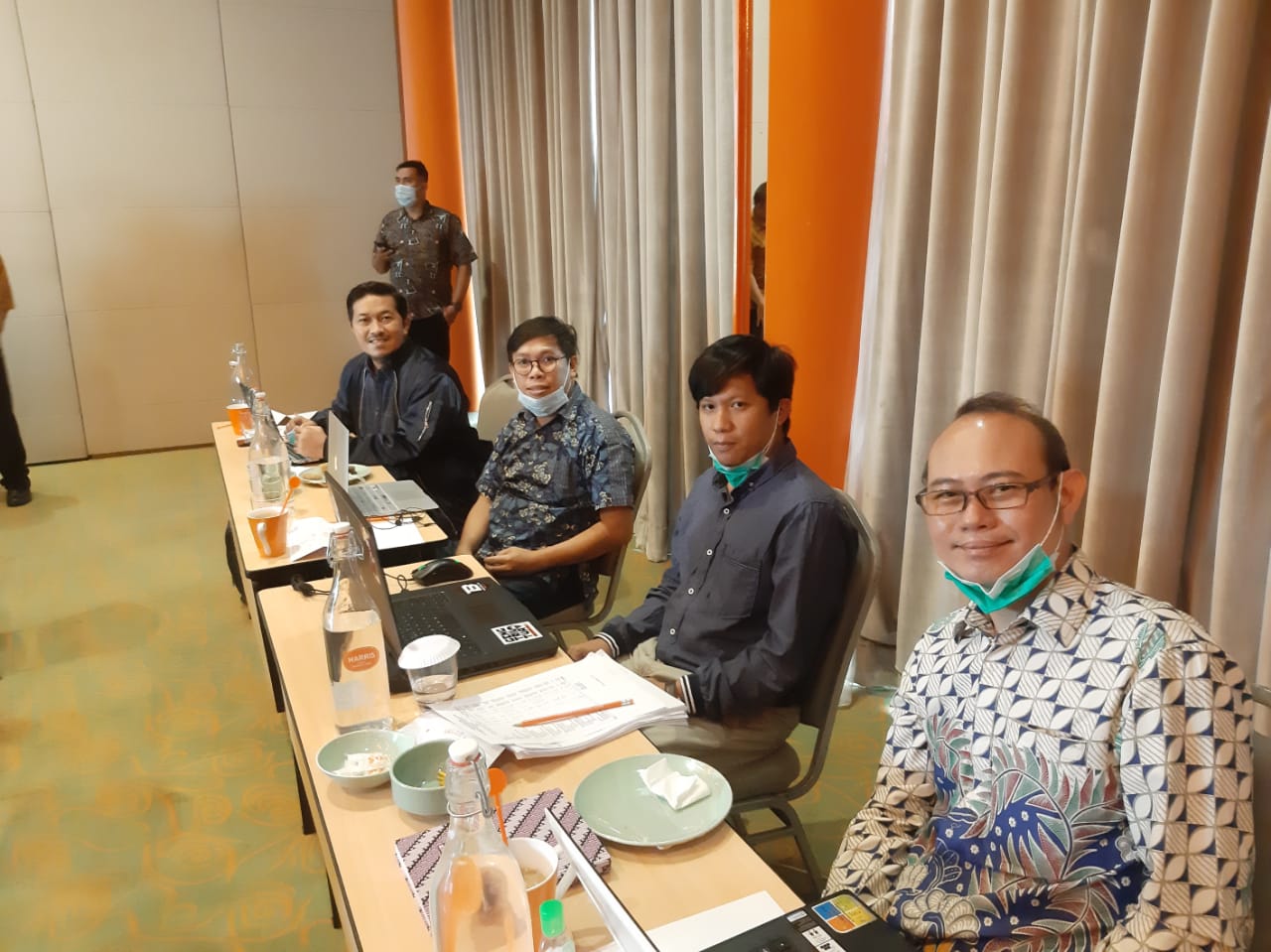 To maximize the cooperation between BNPB and the universities in Indonesia in guiding the post-disaster of socio-economic and natural resource recovery of the community, the Unhas Disaster Study Center was invited to contribute to the preparation of guidelines for implementing socio-economic and natural resource assistance. This activity was being held on 3-6 August at the Harris Hotel, Sentul, Bogor. The Disasters Study Center of Hasanuddin University was represented by Andi Ahmad Yani, S. Sos, M.Sc, MPA, M, Sc and Emery Hans, SAP, MPA, Muhammad Agung Manilep, SE, M.Sc, and Iswandi, ST.

The activity was opened by Ir. Rifai, MM, Deputy of Rehabilitation and Reconstruction of BNPB who was accompanied by the Directorate of Recovery and Improvement of Socio-economic and Natural Resources of BNPB, Dr Yolak Yolak Dalimunthe, M.Si. The meeting was attended by the Regional Disaster Management Agency (BPBD) from several provinces and districts/cities in Indonesia who have and temporarily provided socio-economic assistance.

Hopefully, this activity will produce guidelines and instructions for socio-economic and natural resource assistance in post-disaster in Indonesia. This document will be the reference for BPBD in submitting activity proposals to BNPB and related stakeholders or private institutions. The involvement of the Disaster Study Center of Hasanuddin University and other universities has made a major contribution to assist the socio-economic recovery for the civilian-communities who affected by disasters to increase their resilience in responding to natural disasters which may occur again in the future.